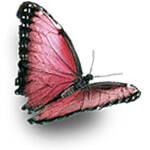 What is Pro-ER and how does it differ from EFT?
Pro-ER, developed by EFT Master Lindsey Kenny and Zoe Walton, is a cousin of EFT and can be described as “EFT on steroids.” There are a number of important differences between it and EFT:

Secondly, with Pro-ER we tap on both sides of the body. Since we have meridian pathways on both sides of our body, it just makes sense to address both of them. This way we don’t have to wonder if the side we’re tapping is the side that’s blocked—we’re guaranteed to clear the blockage if we tap both sides.

Thirdly, Pro-ER includes “venting” rounds, thus giving you an opportunity to express and “tap out” all the emotions that surround the issue we’re addressing. “Giving the issue voice” is a powerful and effective way to move more emotional energy more quickly.

And finally, Pro-ER addresses the critical issue of “reversals.” This is probably the single biggest thing that sets Pro-ER above and beyond traditional EFT. There are two types of reversals, and thankfully they’re both very easy to correct. The first is General Polarity Reversal and this can easily be tested via muscle testing. The remedy is equally simple.

The more complicated and critical type of reversal is Secondary Benefit Syndrome or SBS. This is a subconscious resistance to change. And it is THIS type of reversal that must be addressed PRIOR to doing any rounds of tapping or your results will be compromised.

A secondary benefit reversal happens when your powerful subconscious mind perceives that it’s better or safer to hang on to a current issue (extra weight, chronic pain, addictions, negative emotional states, for example) than to eliminate them. It is rarely a conscious choice, so most people will immediately argue and defend themselves by saying “You think I’m choosing this?! You think I WANT to be this way!?”

A fascinating visual experiment is to muscle test a person, having them say “I really DO want to weigh (their goal weight)!” and watch their muscles go weak (an indication of an untruthful statement). This is a solid indicator that a reversal is at play and until it’s neutralized, it will be very hard to resolve the issue, with or without tapping.

Luckily neutralizing a secondary benefit reversal is simple and easy to do —and it’s just one more reason why Pro-ER is “EFT on steroids.”